The Perfect Storm is descending upon the The Good Ship, CityGuru.  The rats are already jumping ship leaving fearful investors and shareholders alone, eyeing the vacant helm where Captain Drew Morrison is Missing in Action.

The dark clouds have been gathering for months but broke into full gale force following the KOMO NEWS story on September 29, revealing disturbing news of Charity abuse and misappropriation of investor funds by Drew Morrison, founder of CityGuru, Inc.   The story has left CityGuru investors and shareholders fearful for the worse as Drew Morrison remains  unavailable for comment to what this means to them—and their investment.

The genesis of this storm can be traced to the prolonged litigations engulfing Drew Morrison dating back to three years.  But the swells became more ominous when CityGuru hosted its last social event, SeaFair in Seattle and proved to be a dismal failure for the company.   The CityGuru website, used to promote CityGuru events and to sell tickets, was in-operable a week later.  By the end of the month, the Superior Court of King County, Seattle awarded two large civil judgments totaling $1.3 million against Drew Morrison in support of a Complaint alleging fraud, conversion, misrepresentation, breach of contract, and violation of the Washington Consumer Protection Act.   In frustration with refusal to make formal comment by Drew Morrison, investors and shareholders began to grow alarmed they all may be mired in a Tar Pit of Drew Morrison’s own making. It seemed as a self-fulfilling prophesy as it became clear CityGuru, Inc. had become Morrison’s own Alter Ego—and entangled in the rigging of his own liabilities.

If investors and shareholders were nervous with the approaching clouds, they were shocked with the brunt force of the hurricane released by the KOMO-News Story.

Even more disturbing than the storm itself was the fact that Founder Drew Morrison was no where to be found; indisposed to answer the complaints lodged against him–or to answer the worried questions by his own Investors and Shareholders.   Has he gone underground or simply hiding until the heat from the press cools off? 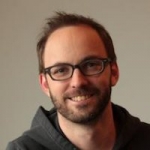 Company Officers such as Jeremy Wadsack, CITYGURU Advisor demand their identities be removed from The CITYGURU Investor.

In an email message, Michael Elliott denies ever being a CityGuru Director causing more confusion why Drew Morrison–while under oath–would have named him as one of two Directors recently joining CityGuru. 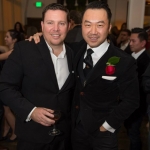 Investors are equally alarmed with the silence of company officers, past and present, who surely engineered the fund-raising for CityGuru, Inc. during 2011-2013, and may have knowledge of the status of their investment funds.  All have refused comment to The CITYGURU Investor with the exceptions of Jeremy Wadsack, CityGuru Advisor and Michael Elliott, the newest Director according to Drew Morrison’s own deposition.  Both have demanded that their names and identities be removed from The CITYGURU Investor.  Michael Elliott claims he was never appointed a Director of CityGuru nor acted in that capacity despite Drew Morrison’s own testimony, while under oath, during his recorded deposition in May, 2015. 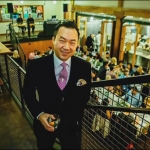 With so many questions and so many concerns, Drew Morrison’s continual silence and refusal to respond to telephone calls and emails is creating speculation among some investors that he may have abandoned CityGuru, Inc. to a sudden death, much as he did with a previous venture, Path Investments Group, LLC.  Path investors were not made aware that Drew Morrison had simply “walked away” from the company until well over a year later when he finally revealed the fact during the discovery phase of the ensuing  litigations.

Has founder Drew Morrison “walked away” from CityGuru, Inc. leaving its investors and shareholders holding an empty bag—except for numerous debts to Charities, vendors and back taxes exceeding $111,000?

Know where Waldo is?  Please leave a comment, and subscribe to email alerts for the news on this topic is bound to start evolving fast!