Is CityGuru, Inc. caught in a tar pit of its own making?  Is rescue on the way—or the saber-tooth tigers?  Founder, Drew Morrison isn’t saying.

Following a rebuttal in the RipOff Report  we learned that a new Judgment has just been awarded against CityGuru Founder, Drew Morrison.   After obtaining public records for the Superior Court of King County, Seattle we learned the Judgement was awarded to the Plaintiff on August 27, 2015 but more disturbing than the actual amount of the award plus damages were the Court’s own Findings of Facts/Conclusions of Law which supported allegations of the Plaintiff’s Amended Complaint 13-2-03663-1 SEA including fraud, misrepresentation, conversion, breach of contract, criminal profiteering and violation of the Washington Consumer Act!

What does this mean to the CityGuru Investors/shareholders?  How will this impact us and the direction of the company moving forward?   We now wonder if we, as a company, are not already feeling the side effects of Founder Drew Morrison’s long standing litigation woes.   The  CityGuru Website  has been disabled for weeks, and no business activity seems apparent since late July, 2015.  The last CityGuru event was the SeaFair, Seattle event in which seems to have produced little or no customer turnout, meaning:  no revenue.   And CityGuru’s typically chatty Facebook or Twitter accounts have grown eerily silent in recent weeks.

This raises serious concerns into the fiscal health of CityGuru, Inc.—and investors’ funds.  Is CityGuru still in operation?  Is it still breathing?  Or is it simply wallowing in the quigmire created by its own founder?   Drew Morrison is offering no comments, nor are his two most recently appointed CityGuru Directors, Michael Elliott and Jeffery Coon.

If Drew Morrison and officers have abandoned CityGuru, Inc. what recourse do the Investors have to their invested funds?  What recourse will Shareholders have to their equity in the company?   Bruce Danielson, of Danielson Law Office and attorney for the Plaintiff and expert in Drew Morrison-CityGuru, Inc. business practices says CityGuru Investors and Shareholders face a formidable task of getting back their money since it has long been a practice of Drew Morrison-CityGuru in not keeping accounting or corporate records, including stock journal or certificates for Shareholders.

It is our hope that Founder Drew Morrison will surface soon with an explanation, and he is certainly invited to share his open forum with this site. 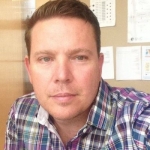 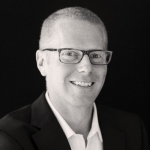 During his May, 2015 deposition, founder Drew Morrison named Michael Elliott (left) and Jeffery Coon (right) as Directors of CityGuru, Inc. saying they were appointed to their posts earlier in the year.  Despite repeated requests, both officers have declined to confirm their titles or to comment regarding CityGuru’s mysterious cease of operations.

Whoa!  If this post is grabbing your attention, please leave a comment.  Also, subscribe to email alerts for this is sure to trigger much more news to come!  Be the first to know it!