First, came the demise of the company under questionable circumstances.  Then, its founder Drew Morrison quickly slipped into a “Whereabouts Unknown” status with no explanation to what happened to the money.  Drew Morrison’s Shareholders/investors can now only wonder: what’s next?

Season of the Investor

Ironically, in the wake of CityGuru’s demise and founder Drew Morrison’s fading from sight, Hollywood has debuted movies and TV series spotlighting all too common theme of financial scandal and fraud wrought by the New Millienium.  Movies such as  “JOY”; “The Big Short” and ABC’s miniseries “Madoff” all involve themes of deliberate misrepresentation leading to financial fraud.  In a twisted way, it seems as if it this has become the “Season of the Investor”; those who suffered the financial ruin telling their side of the story.

We are confident all will resonate with any investor, but for CityGuru investors/shareholders we feel ABC’s “Madoff” may prove to be particularly disturbing for them.  The burning theme of the TV series gives new meaning to the Investor Mantra of:  “Trust, but Verify”.   Richard Drefuss’ portrayal of Bernie Madoff is particularly poignant when his character explains how the trust of investors is really all it takes to wrangle more and more money out of them…and the very tool to use to side-step any of their questions later.

But it was Drefuss’ delivery of other Madoff euphemisms that are sure to be just as disturbing to CityGuru investors such as: 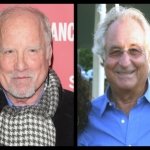 “Madoff” (above)- Richard Dreyfuss, portraying Ponzie Scheme Master Bernie Madoff, gives a shocking glimpse at how far a scam artist can go operating off the trust, alone, of his investors.

So, What Happens Next?

Happy endings can be written into Hollywood scripts leaving the Accountable eventually being held accountable for their actions.  But in this Season of the Investor, there seems to be no happy ending to the story of the CityGuru Shareholders/Investors.   In fact, they may be left with the end of this story exclaiming: “Is that how it ends?”

Whatever promises had been made to them in an attempt to distract them from the growing number of questions,  CityGuru, Inc. abruptly–and without notice–ceased operations in the July-August, 2015 period followed with both company and its founder going dark.

This coincided with a flurry of controversial issues that were surfacing at the same time; all implicating both company and its founder, Drew Morrison.  A Washington court awarded a $1.3 million judgment against Drew Morrison for complaints of fraud, misrepresentation and conversion, which raised only more questions from CityGuru shareholders and other investors.  A news story appeared soon afterwards on Seattle’s KOMO TV News featuring local charities and benefits claiming rip-off by Drew Morrison in the name of CityGuru.  More questions.  The Washington State Department of Financial Institutions began its investigation of possible security fraud.  More questions.

And then, after a brief period of “whereabouts unknown” Drew Morrison came out of hiding to grant an interview to KOMO TV in what was probably intended as his swan song.   But in a hazy cloud of ambiquity and double-speak the song went terribly bad for Drew Morrison–only raising more questions from investors holding empty promises.

“The Big Short”-At the heart of every Investment Fraud is Misrepresentation of the Truth.

Shutting down all CityGuru media and communication with investors, Drew Morrison quickly slipped back into his previous status of “Whereabouts Unknown”.

For a normally adoration-hungry Drew Morrison this seems rather a radical tactic, leaving investors only with speculations to his whereabouts, his explanations and his intent.  Some have speculated this is probably a natural “cease and desist” action to avoide further radar detection.   And more questions.

But as speculation would have it, a “Whereabouts Unknown” status can serve another self-defense tactic:

It now seems likely that Drew Morrison may have chosen to remain in the shadows as a “wait and see” action to determine what will result from the ongoing Washington State’s investigation. Defense is better when you know what the Offense is doing.

So, what is the likely outcome of the state’s ongoing investigation?  That’s difficult to predict considering it is an assumption that something WILL happen next.

The State of Washington’s investigation and case will depend largely upon the full cooperation of all Drew Morrison/CityGuru investors/shareholders.    Many of Drew Morrison’s investors were small, non-accredited investors.  Many had invested their savings and retirement funds, with little left over for legal costs.  One reporter noted a certain sense of “shame” among some of the investors; perhaps a certain guilt at having trusted their family fortunes to Morrison.  In particular, these investors are hesitant to talk openly.

“JOY”-Investment Fraud is not limited to Investors only; small businesses are taken with the same promises as well.

Anonymous comments to this blog have often provided surprises to us we cannot verify; name aliases and hiding in Arizona from pursuers, and the such.   But, the reader can read this for herself.  But, these comments do open the field of possibilities;  that we may never know for sure, and in time people will forget.

And when they do forget we are reminded of what one investor shared with us from his last conversation with Drew Morrison.  Sharing his personal philosophy, Morrison is reported to have stated:  “People believe in me.  I am young. I still have my whole life in front of me.”

In Morrison talk that can be interpreted as:  we are likely to hear more from Drew Morrison in the future.

NEXT:  Was Drew Morrison smart enough to mastermind the fund-raising of almost a million dollars—or did he have help?  Next, we will explore who the key CityGuru players were and what part they may have played in the strategy and handling of investor funds.