Rise and Fall of Adriaen Black

Rise and Fall of Adriaen Black

Where are Andrew Jang and Travis Swanson?

Adriaen Black, the fashion design label to Professional Athletes is no more. The company has gone as dark as has its founders Andrew Jang and Travis Swanson. Investors are concerned they are left in the lurch (again) as history seems to be repeating itself in the story of Andrew Jang formerly known as Drew Morrison. 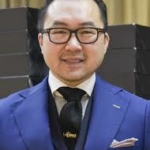 “You can’t serve me if you can’t find me”

Jang once boasted in an interview that his design label   was earning over $10 million in just over a year since   the company’s inception. Yet, the company website has   been de-activated, its showroom in New York closed   for months and both founders Jang and Swanson have   abruptly moved with no forwarding addresses.

For those investors, vendors, and associates who never knew him as anyone other than Andrew Jang, this gives a reason for alarm. For those who knew him by his birth name, Andrew (Drew) Morrison may not be as surprised.

Indeed, a closer look at the history of Andrew Jang, formerly known as Drew Morrison, reveals a pattern of behavior that is very predictable following the discovery of his true identity.

Drew Morrison’s first known foray in the world of investment fundraising was in his founding of a Phoenix Arizona company, Path Investments, LLC. With a sales pitch of exploiting the distress real estate market by house-flipping, he raised over $635,000 from small investors. As would be later revealed through subpoenaed bank records, the funds were squandered on numerous personal whims in the midst of Morrison’s default on numerous promissory notes.

When the first signs of a brewing lawsuit occurred soon afterward, then-Morrison persuaded several of his investors to “re-invest” their returns into a new business venture he was starting. He then abruptly left the state of Arizona.

For those investors who declined to “re-invest” their returns—and persisted with pesky questions—they were left in the dark wondering what happened to their money, properties—and founder.

Drew Morrison would suddenly appear on the Seattle entrepreneurial scene with the founding of another company, On The Go Technologies, LLC providing GPS technology services for hotel concierges. With the lack of revenue, it soon became necessary for Morrison to solicit investor funding, which he did successfully with his enthusiastic pitch that his enterprise would “put Microsoft out of business”.

Prone to an abrupt change in course, Morrison soon “pivoted” turning his company into a new company, CityGuru, Inc., which organized and sold subscriptions for planned social events. At this time he mastered the art of Public Relations and became a name and face on the Seattle social scene. But when revenues failed to impress, he turned to selling stock equity in his company to support his lifestyle.

Charities and non-profits were easy sources as he pitched several local charities into the idea of partnering with CityGuru on several social events whereas he would share in the proceeds. At one point he even set up a website under the CityGuru banner to solicit donations for a local charity. With himself positioned between Donor and Charity, the non-profits grew disenchanted with his many promises to pay only to be told that the expenses of the CityGuru events consumed any and all proceeds.

The attention of the local KOMO News was captured when several contracted vendors were left in a financial lurch due to a failed CityGuru event—and Morrison could not be readily found. A series of investigative reports and broadcasts ensued, also covering several angry charities, revealing a trail of deceit and misrepresentation. When this caught the attention of the State Department of Financial Institutions (DFI), the founder quickly began double-talking and back-pedaling excusing it all by claiming he was going to “make it right” by all his vendors and investors.

In a deposition called by a major judgment creditor, Morrison admitted that his company kept no financial or administrative records and claimed he didn’t know who directed his company’s finances, though he did identify two individuals as directors of his company. Both would later vehemently deny they had anything to do with the company.

With its own findings of various security violations, the DFI issued a Cease and Desist Order along with penalties and fines against Morrison. Soon afterward, Morrison failed to appear in Court, and a bench warrant was issued for his arrest.

As before, Drew Morrison went radio silent. It would be months before concerned investors and charities would learn that Morrison had fled the state of Washington.

Investigators would find Drew Morrison in Chicago, Illinois where he had, again, appeared suddenly upon the scene—this time as a Fashion Designer to Professional Athletes…and sporting a new name: Andrew Jang.

Partnering with a school friend, Travis Swanson, the pair founded a new company Vogue Individual, LLC and started doing business under the fashion label, Adriaen Black. With mercurial success, Jang and Swanson opened a showroom in the New York’s Garment District, and fueling a press release campaign was soon measuring the inseams of several notable NFL, NBA, and MLB players.

With a growing clientele of One-Percenters in annual incomes, Jang and Swanson began spinning their Public Relations magic, to include charities. In late 2017, Jang made a donation of $442,000 in coats for a local school’s students. While he claimed in an interview that he had “personally” donated the money for the coats, he admitted in private to a judgment creditor that the money really came from his professional athlete clientele.

Jang’s presence in the NFL/NBA inner circles soon earned him a prestigious invitation to the NFL Pro Athlete Business Combine where he was to join a group of “best in class” business professionals advising selected Pro-Ballers in creating business careers for themselves when their sports careers ended. Jang took on at least four professional players as “interns” who had expressed interest in developing their own fashion labels.

As a relative unknown, Jang was successful in keeping his past from his clientele as well as to keep his Washington pursuers at bay under the guise of state jurisdiction. It was inevitable that the press would learn of Jang’s past history. In its March 2019 article, The Wall Street Journal called Jang “a fugitive”. Feeling duped, the Miami Dolphins who championed the NFL Business Combine, and invited Jang as a business advisor, quickly distanced themselves from him and partner Swanson.

When a financial advisor of an NFL Player revealed that Jang had approached him for investment in Adriaen Black, offering a promissory note and equity in the company, other secrets began to unravel to include a disgruntled vendor whom Jang had not paid.

Startled by the exposure, Andrew Jang claimed he intended to “make it right” by all his investors, present and past. In Jang’s defense, Swanson joined in the mantra. 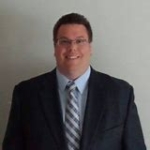 Travis Swanson seems just as difficult to locate these days as is his partner, Jang

Jang and Swanson closed their New York showroom,   de-activated their Adriaen Black business website—   and  both moved and have grown dark since….again   leaving investors, vendors and even supporters   wondering when and where the “Wash…Rinse…   Repeat” cycle will begin again.

If you are an investor, creditor, non-profit or vendor owed for services rendered, you are probably by now growing concerned with the whereabouts of Andrew Jang and Travis Swanson. Even if you have been promised to be fully paid in time under certain conditions of confidentiality, not being able to find or contact the location of the company or its founders should give a reason for concern.

If your money was tied to Adriaen Black; it is at risk of sharing the same fate as the company. If your money is tied personally to either of the founders and was transacted through a promissory note, you should be proactive at this time.

Yet, history demonstrates time and time again that investors are often embarrassed or shamed in what seems to them as being either naïve or too trusting at first impression. This particularly may apply to larger investors who are under greater public scrutiny—and who don’t need or want the publicity. Yet, standing idly by hoping and waiting for your money to re-appear only increases the odds you will never see it again. Worse: silence only perpetuates history repeating itself.

Any person or company who has collected funds from you with the stated intent of making an investment with promises of financial gains or returns bears a fiduciary responsibility to you, and a duty to provide you with pertinent records and documentation. You are entitled to full disclosure of where your money is and how it is being used.

If you, or someone you know, has money at risk due to the downfall of Adriaen Black, please contact us directly. Your confidentiality will be respected, and we may be able to assist you to contact the appropriate authority and resources. Or, you can contact certain government agencies directly for advice and assistance. Below are just a few resources available to you. We can help you find more, or possibly direct you to the resource best for your circumstance.

How to file a complaint with Federal Trade Commission

Doing Due Diligence on an Andrew Jang-Adriaen Black Investment